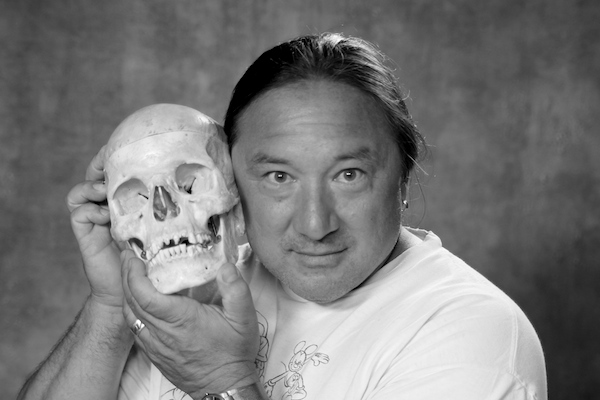 Stuart Sumida is a Professor of Biology at California State University San Bernardino. He was named CSU System-wide Wang Professor of the Year in 2008, and Carnegie Institute of Washington California Professor of the Year in 2011. He is a vertebrate palaeontologist with over 60 peer-reviewed publications, and is the most sought-after animal anatomy consultant in the animation and visual effects industries, having worked on over 60 films, video games, and theme park rides. His film credits range from Lion King, and Tarzan, to How to Train Your Dragon. Recent work includes Life of Pi, Harry Potter and the Deathly Hallows, and Guardians of the Galaxy, as well as the upcoming Zootopia with Disney Feature Animation, The Good Dinosaur for Pixar, Mrs. Peregrine’s School for Peculiar Children with Double Negative, and projects with DreamWorks, and MPC.

This half day workshop/masterclass will focus on Animal Anatomy and Locomotion for Animators and VFX Artists. Using examples from dozens of animated and VFX projects, Stuart will provide an overview of shape, structure, and locomotion biomechanics of animated characters. Key model animals will be chosen that best cover the widest range of possible animation applications. This workshop is an intensive review similar to workshops developed for DreamWorks Animation, Walt Disney Feature Animation, MPC London and Vancouver, Double Negative, and Framestore.